AIRE Mask: Now your breathing can charge your smartphone

Alternative energy is the biggest demand of the future. The smallest of initiatives like solar powered mobile / music player chargers, can help.  Keeping in view of this immense future market, Inventor Joco Paulo Lammoglia, from Rio de Janeiro, Brazil has introduced a stunning new alternative tiny power making device concept which can actually charge your mobile handsets and portable music players by your BREATHING. Yes you read it correctly, it is ‘Breathing’. Called the ‘AIRE Mask’, it is a simple mask which you can wear over your face and it converts the process of your inhaling and exhaling into power using tiny wind turbines and the energy created is transferred through a cable to the electronic device of your choice.

Presented as a portable mobile charging unit, the users can wear the AIRE Mask anytime including while they are sleeping. The process inside the mask resembles a wind turbine system on a micro level and generates small amounts of energy which can generate enough power for charging these small devices as long you are breathing!  A simple cable from the Mask just connects your handsets / music players and delivers the power for charging. It has a very simple technology that does not require any complicated installation or other settings. You can wear the device over your face and use it indoors and outdoors alike. Your natural inhaling and exhaling process bring the power to charge your handsets. The mask features an elastic strap, which is to firmly tie up the product around your head. It can prove to be one of the best green tech products in the recent times. We have seen solar panels, wind turbines and other technologies to produce renewable energy, but it has been a revolutionary idea to exploit human breath as a way to produce energy

The inventor,  Joco Paulo Lammoglia, dwelled on this idea in his endeavour to fight the ever increasing green house gases and to reduce the carbon footprint. “Harnessing energy from human activities and transforming it into electricity is possible and is a great solution”, he says. As the tech world grows more and more imaginative, it was just a matter of time that the supporting tools followed suit and this could be the start of a revolutionary change in the dynamics of this industry. 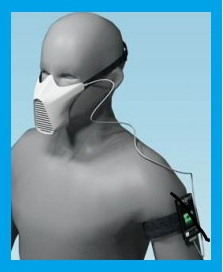 The concept behind AIRE Mask

The need of a round the clock energy producing device that can work 24 X 7.

Solar cells can produce energy only during the day time and that too when the sun is there in the sky, without the thick cover of clouds. A wind turbine can only produce power when there is wind in the air. Similarly, most alternative power options depend on some or the other movements in nature for functioning and these movements are not guaranteed by nature. We have to depend on them. The AIRE Mask creates a big difference in this concept as it utilizes breathing as the source to produce power from. As far as we are living, breathing is definitely guaranteed. That means you can generate power and charge your handsets anytime 24 X 7. It may also motivate people to exercise as it is a fact that the faster you inhale and exhale, the larger the energy output will be. So, if you go for a walk, for cycling, hiking or running , you can wear the AIRE Mask and power up your handsets faster. For the couch potatoes also, it has something to offer. Just wear the mask and go to bed and when you wake up you will find your phone full charged from your breathing during the sleep. As of now, AIRE Mask is just a concept product. Joco Paulo Lammoglia has not yet disclosed whether some tech maker has undertaken the project for commercial production. Neither has he given any indication of starting the production of this device on his own accord.

What ever be the source or mode of production, tech geeks will be highly excited to get a product like the AIRE Mask. Along with ensuring battery backup of their handsets, users can also reduce their carbon footprint to a small extent, but every little bit matters and adds up to the bigger picture. Definitely a product to look up to. 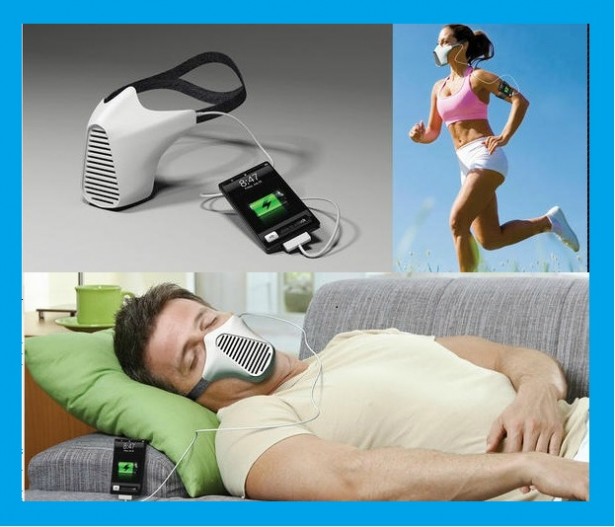 Bored? Not carrying your gaming console or your portable DVD player? Don't even wanna play a game on your phone? We all have those days that we don't know what to do. Well, for...