As Apple readies for iOS 6, it plans to launch 3D Maps and bid goodbye to Google Maps

Apple is ready to draw curtains on Google Maps. Yes, with Apple’s recent acquisition of C3 Technologies, Placebase and Polyo, it will able to create its own mapping database. Apple plans to replace Google Maps with this new Maps application with the release of its new iOS 6 software for iPhone, iPad and iPod which according to reports will be faster and more reliable, giving cleaner and sharper images in a 3D environment. The new 3D mode will allow for  “photo-realistic models of the world for search, navigation and geographic information systems,” which has all been possible because of technologies previously developed and created by C3.

Some more news about iOS 6

Mark Gurman of 9to5 Mac was the first to report about this change and divulge vital details about it, including the 3D aspect. Later, John Paczkowski belonging to AllThingsD also confirmed the change.

There is more. The developer preview of iOS 6 is expected to shown off in June. During development, the iOS 6has been code named as “Sundance”. Wonder if it points at what to look forward to in the new operating software.

The 3D functionality sounds very cool, but to be honest it’s not something that  people use regularly. For example the satellite view offered by Google Maps. It was really fun when it was introduced but for everyday use and functionality, how often is it actually used as compared to the regular Google Maps? Of course, expect Apple’s 3D maps to be way cooler and smarter than Google Maps satellite view.

The switch over is likely to affect a lot of third party App developers who have been using Google Maps in their products as Apple is likely to replace the default hooks in the iOS SDK that currently use Google Maps.

Why the need for switch over

Probably the need was driven by the recent moves by Google start charging high volume customers of the Google Maps API on the web. Several large customers such as ‘Foursquare’ are now either already switching or considering switching. But with Apple the market demographics are sure to change as Apple may be the largest user of the Google Maps API right now because of its default use in the iOS. Though neither Google nor Apple has made it clear whether Google has started charging Apple or not, but they may initiate the charge as they have with other large third party users.

Another point of consideration is that though Apple can afford to pay any charge levied by Google in future without affecting its coffers much, if it still chose to create its own Mapping platform, it could be due to the want of creating essential technology within its own hands and reduce dependency as has been Apple’s philosophy throughout.

Effects of the change

Though its too early to pinpoint the effects of this change on both the Corporations, some guesses can definitely be made.

The major loser in this case would be Google because if Apple pulls out Google Maps from its iOS 6, it will take away millions of developers and users with it. Maps are very vital for PDA’s in today’s mobile environment and it puts a serious question mark on Google’s decision to start charging large customers for its mapping services as it does not form any major source of revenue for Google. If it loses its foot hold in the market, it can be a point worth considering for it.

For the users, it will be good news as Apple will have to ensure that their mapping product is flawless and easy to use. if Apple does not provide a good platform then developers may choose to go with Google Maps anyway (assuming that Apple still provides that as an option — Developers will prefer that even if it is more complicated for them). But that hardly seems to be a point of concern for Apple because the information that has leaked about the product till now points out to breath taking experience. This may provide a bigger challenge for Google than is visible. 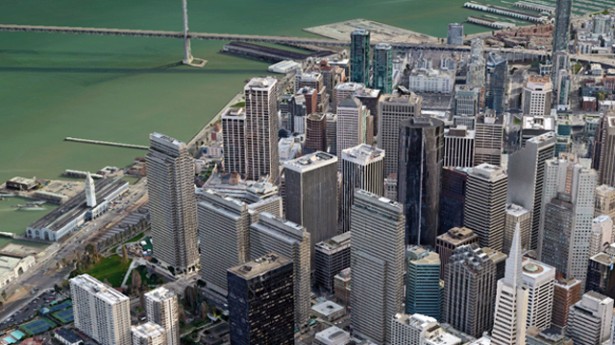