Facebook is one of the biggest success stories of this decade and the people associated with it can’t help but reap in it’s gains. Facebook has granted aroung US $ 796 million in Restricted Stock Units (RSU’s) to its employees in the last week. This has been reported in an amended IPO filing by the company.

This is an estimated figure and the actual worth could be slightly less at US $ 707 million or more at US $ 884 million, based on Facebook’s expected price range per share which can vary between US $ 28 and US $ 35. These “employee refresher grants” are new grants for employees and are over and above the already existing grants made by Facebook. Interesting to note is that those who can cling on to their share can actually increase the worth of their grant manifold in the coming years.

The excerpt from the filing is presented below. The entire filing report can be read by clicking here.

“On May 3, 2012, we granted an aggregate of 25,257,815 RSUs. We will determine the fair value of these grants during the second quarter. If the fair value of our Class A common stock was $31.50, the midpoint of the price range set forth on the cover page of this prospectus, the aggregate grant date fair value would be approximately $796 million.”

One very important point to remember is that Restricted Stock Units (RSU’s) are not actual Facebook shares. They are just contracts entered into by Facebook promising the actual shares upon completion of an event like the launch of its Initial Public Offering (IPO).

This method of issuing RSU’s instead of actual shares was adopted by Facebook because of the SEC regulations in force at that time which state that all companies with more than 500 shareholders have to report their financial performance, just like any other public company. Since this critical limit of 500 shareholders was about to be reached by Facebook, it decided to issue RSU’s instead of physical shares. The new SEC regulations have relaxed this norm and extended the limit of shareholders from 500 to 2,000. Companies will now be comfortably able to keep their affairs out of the public domain for a longer period of time before they actually alunch their IPO.

One major Plus point of RSU’s

Employees don’t have to pay for RSU’s like they have to ordinary shares to exercise their options.

One major Minus point of RSU’s

They are taxed as ordinary income (at normal rates of taxation) instead of being taxed under capital gains (at a concessional rate if held for one year or more). 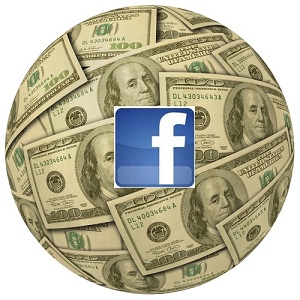 All in all, the employees stand to gain only. Just wait for the Facebook IPO scheduled for later this year, it sure is going to be the biggest block buster of recent times.

To see the list of the 25 companies who currently hold Facebook’s stock, just go to http://www.wallstreetnewsnetwork.com/ and download the free list. It can also be updated later.

Will Facebook be a hot selling stock? That’s a million dollar question. Facebook touched 845 million users at the end of 2011, which has substantially grown in the last four months as well. If we freeze the figure at 845 million users, then it translates into a lot of potential buyers. In a hypothetical scenario, if just one percent of Facebook users buy 100 shares each when the IPO is finally launched, it would work out to 845 million shares being sold by Facebook. That’s by far a mind boggling amount taking into account the average expected price of US $ 31.50 per share. In tangible terms it works out to be almost US $ 27 Billion. Whoops… care to join the party?

Tech News14Innovation7Accessories6How to?6Tablets5
Previous articleFlint – Mobile payment app picks up $ 3 million through venture capital
Next articleSoundCloud is getting a Major Makeover, but as of now only private Beta users can see it
Tech News