Instagram is a free photo sharing program, initially launched in October 2010. It allows users to take a photo, apply a digital filter to it, and then share it on a variety of social networking services, including Instagram’s own. Snap a picture, choose a filter to transform its look and feel, then post to Instagram. Share to Facebook, Twitter, and Tumblr too – it’s as easy as pie. It’s photo sharing, reinvented. There is a distinctive feature of the program that confines photos to a square shape, instead of the 4:3 aspect ratio typically used by most mobile device cameras.
Instagram was initially available only for iPhone, iPad, and iPod Touch but in April 2012, the company added support for Android camera phones running 2.2 (Froyo) or higher. It is distributed via the iTunes App Store and Google Play.
In its largest acquisition deal up to date, Facebook acquired Instagram (with its 13 employees) for approximately $1 billion in cash and stock in April 2012, with plans to keep it independently managed. 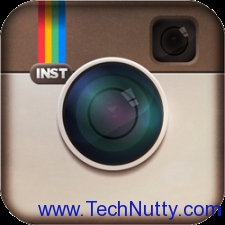 Development of the program began in San Francisco. Kevin Systrom and Michael Krieger (Mike) thought of focusing their multi-featured HTML5 check-in project Burbn on mobile photography. On the 5th day of MARCH 2010, the two developers were able to close a seed funding deal worth $500,000 with Baseline Ventures and Andreessen Horowitz while working on Burbn. Development of the program started in full swing after the funding and the program was finally launched on 6th October 2010 in Apple’s App store. Josh Riedel, Shayne Sweeney and Jessica Zollman joined the company in that order after the launch.

Instagram added hashtags to help users discover photos as well as other users (in January 2011). Version 2.0 launched in September 2011 was launched in September 2011 with a lot of new features such as instant tilt shift, high resolution photos, optional borders, one click rotation and an updated icon. Instagram raised another round of funding worth $7 million in February 2011 from Benchmark Capital and some other investors. The valuation of Instagram during that time was worked out to be $25 million. Very impressive for a company just launched.

Instagram for Android was introduced in April 2012. 3rd April 2012 to be precise. The same week another round of funding was raised by Instagram, this time to the tune of $50 million. The valuation of Instagram on that day stood at $500 million. From zero to half a billion in one and a half years speaks a lot about the hard work put in by the developers. 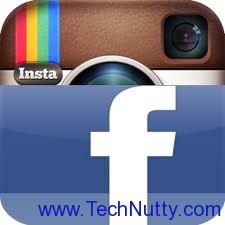 Instagram doubled its valuation in 10 days flat as Facebook acquired the Company on 12th April 2012 for a whooping $1 billion in cash and stock. The deal was struck by Facebook just before it was scheduled to come out with its own IPO and thus go public. Facebook announced  that it will be committed to build and grow Instagram independently.

Before the end of 2010, Instagram had One million registered users that grew five times to 5 million in the next six months and doubled again to 10 million in another three months. When Facebook took over Instagram in April 2012, it had 30 million registered users. It reached the mark of 100 million uploaded photos during July 2011 and 150 million the next month. The virality of the application is significant from the fact that within 12 hours of its launch of the Android version, ut hit a mark of One million downloads.

The growth of this company has been phenomenal and they have once again proved that to grow in business, all it takes is a good idea and to grow it with full dedication.

Man has constantly been in the endeavor to evolve technology to higher and higher levels, but man himself has posed the biggest challenge. To get through the complex system present in a human being's body...