Is Twitpic too late to enter the Apple iPhone App market

What strikes your mind as soon as hear “Twitpic”? It is by far the largest used photo sharing solution for twitter. In fact it has become more or less a standard for Twitter where most people don’t even realize that Twitpic is not actually a part of twitter and just a photo sharing application. It has got this distinction because of the ease of use and the way it has blended with Twitter to allow users to compress and share photos, lightning fast. 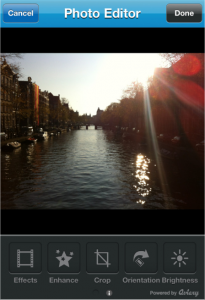 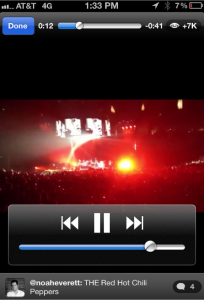 Finally, Twitpic has decided to enter the larger picture by creating an App for the iPhone which later may be expanded for iPad and other Apple devices. But is Twitpic making its moves at the right time? Considering that iPhone users would share pictures over social networking sites and with Facebook’s recent acquisition of “Instagram” and a vast number of picture sharing solutions already available, will Twitpic be able to leave its mark on the ‘App market’ just the way it did on Twitter?

Though Twitpic is already past the 30 million customer mark and fast approaching 35. Also the financial position of the company is not to worry about, so money making alone would surely not be on Twitpic’s mind now.

Will it be able to entice users to prefer Twitpic over standard photo sharing solutions? Let’s wait and watch. For the time being, all you Twitpic fans out there, enjoy the experience of Twitpic cross platform now.