The name ‘LT29i Hayabusa’ is most probably just a reference made by Sony during its developmental stage and it will most definitely be re-christened with some “Xperia” name later as the phone nears its launch date. The company makes us believe that its going to be the best mobile phone launched by Sony till date.

Expected in the summer of 2012 or more specifically around June, this new phone by Sony is expected to be powered by a dual core processor clocking a speed of 1.5 Ghz. Even though competition has already launched quad-core processors, we can expect Sony’s dual-core to be very fast and effective. Maybe, even comparing in speed to the quad-cores.

After iPhone 4S started the trend, Sony is set to introduce ‘Retina Display’ in this new phone, coupled with a 4.55″ screen, the viewing experience is expected to be great with bright colors and a vibrant dispaly.

The so called ‘LT29i Hayabusa’ is expected to be 7mm thin and yet be powered by a very powerful 2200mAh battery.

Look out for the whooping 13 megapixel camera with a stacked sensor which is really going to enhance your experience of taking and viewing pictures. The camera will be able to take great quality pictures even in low light conditions. Coupled with the new HDR video function, its sure going to be enviable.

As far as the design of the phone is concerned, there is no official image released by Sony but it may look like the image shown here. The operating system is hinted to be Android 4.0 ice cream sandwich.

No further details about the phone are available as of now, but let’s hope to get them soon as the phone is expected to hit the European market in mid June this year followed by US and then by other countries.

The phone looks promising and let’s hope Sony delivers it to our expectations. 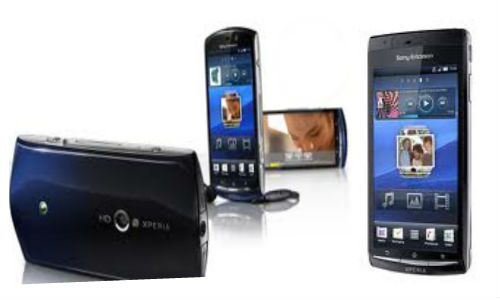 TechNutty first reported about the probable launch of Samsung Galaxy SIII in April 2012. If reports are to be believed, then Samsung has already booked about Nine Million phones un pre-orders itself. Let us...

Samsung, the Korean consumer electronics giant is prepared to launch its next smartphone under its Galaxy series. It has recently releasesd the teaser for this soon to be launched phone which will be known...