Steve Jobs: The genius who made computers loved by people around the world

Ten years ago, I probably didn’t like ‘Apple’ as much, not because I didn’t like its functioning, but because I hadn’t used it at all. And this holds true for most Apple fans. Once hooked on, they just can’t let go. That was the genius of this man – Steve Jobs, to whom we at TechNutty are paying a tribute today. I may still be in the minority community of Apple lovers among the millions of users worldwide but definitely not complaining. I have started liking to work on my computer, when there was a time that I just didn’t want to turn it on for some small work. The functionality of instant start and instant sleep brought on by Apple has made life a hell lot easier.

And I am still among the sane ones (or so do I believe), who atleast treat the computer as a computer. There are millions of Apple fans out there for whom their ‘Apple’ is a member of their family, a part of their life, a reason of their existence. I don’t see anybody who has influenced lives so deeply with his technological innovations. I will not talk about Steve Jobs biography today because that information is available on 1,000,000 pages on the internet. Today, I just want to open up my heart and talk about the genius of the person.

What amazes me is that Steve Jobs did not invent practically anything. He did not invent the personal computer, nor the mouse. Not any smart interfaces like windows or just about anything concrete. He just put together the best in technology and packaged and presented it in a way that anybody, just anybody could turn it on and start using. He applied the existing technology in such a different way that it took computing to a next level, whether we talk about desktops, notebooks, tablets or mobiles.

When Steve Jobs started his career in the 1970’s, computers available are hardly worth talking today, but they were important. Computers in those days required cumbersome programming for minimum results. ‘Apple’ as a company, was incorporated in 1976 and like other new companies struggled a lot in its starting days. Lisa and Macintosh were among its first introduced machines after Apple I and Apple II. These were self-contained stand-alone machines with a keyboard, a nice box and a monitor screen on top. Compared to today’s computers, they were too basic but in those times, they were considered to be far ahead of competition. Apple products constantly evolved under the guidance of Steve Jobs throughout the 80’s. They became more and more sophisticated and the preferred choice of creative people. 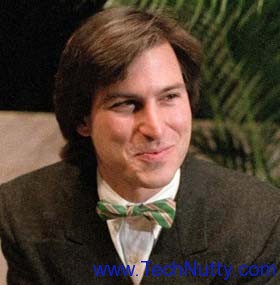 Then came the whammy. Steve Jobs was fired from Apple in late 1980’s. Apple products continued to evolve till the early 90’s riding on the future plans left behind by Jobs, but soon the scales started tipping downwards. Steve Jobs on the other hand, bought another company to satisfy his technological hunger. This company later came to be known as Pixar, now the maker of hugely successful computer-generated movies such as Toy Story.

Jobs returned to Apple in 1996 and the turnaround happened once again. The company was rapidly brought back to profitability. Though there is group of people who swear by the man, there are others who believe that despite his genius, he could have done more for the society by controlling the prices of his products. They believe that Jobs used cut costs by employing lesser people in his company and generate huge profits by over pricing his products. Well, at least his share holders must be one happy lot. Apple never forced his products down any one’s throat. They were just so brilliant that people paid for them.

With the introduction of the Apples iMac in 1998, the foundation was laid for it’s ‘i’ products which became a rage, a fashion statement, a must have. Apple’s customers who were limited to the creative and professional types, started becoming younger. Its products became more sociable and a whole new world of computing was opened. The introduction of the iPod, the iPhone and then of the iPad, took this revolution to a whole new level.

If I have to sum up what I said in one line, it would be this; “Steve Jobs was not an inventor who invented what people wanted. He was just a creator, who created things people didn’t know about and made them want it.”

Jobs will be remembered for generations to come as a person who dreamed of changing the world… went ahead and did it. And for that, he didn’t need to fight any war except against his own cancer which took him away from us at a young age of 57.