Audi has become a very well known name in India within a short span of time. The brand is fully owned by the German “Volkswagen Group”. Audi has been promoting its high end, luxurious and technologically advanced cars in India and keeping in line with the tradition, it is ready to launch a lavish and sporty entry level five door SUV called, the Audi Q3. The launch date of the Audi Q3 in India has not been finalized but it is expected to be launched in June this year in the price bracket of 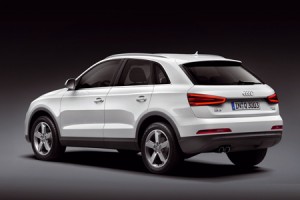 Audi Q3 shares the stable with its mid size cousin, the Audi Q5 which is a mid-luxury compact SUV and its elder cousin, the Audi Q7 which is a fully grown off-roader. The world-wide launch of the Audi Q3 happened at the Shanghai Motor show in April 2011 which is the same year when rival BMW had launched its X1 which is the nearest competitor to this car. The Audi Q3 is targeted mainly as a lifestyle automobile than a regular SUV. It is built on the Volkswagen’s Group A5 platform on which the the Volkswagen Tiguan is also built. Though Audi has plans to launch an even smaller version version of its SUV called the Q1 in future, but till date the Q3 is the smallest SUV built by Audi.

The Audi Q3 will be available in India with a 2.0 liter diesel engine which will deliver an exorbitant 174 bhp of power at 4200 rpm and 38.74 kgm at the rate of 1750 – 2500 rpm. The power generated is equivalent to the Volkswagen Passat. The gear box will be a seven speed automatic S-Tronic DSG (Direct Shift Gearbox) coupled with a four wheel drive. Put everything together and you should be assured of a really great drive.

Audi has really worked hard on the looks of the Q3 too. Considering the segment that it belongs to, it looks really stunning and bold. The front looks sharp and aggressive as compared to other SUV’s in the Audi stable. The headlamps, the LED powered tail lamps and the side profile of the car, all add to its grace. The interiors too are refreshing and luxurious. with enough leg and headroom, a large luggage space and a very efficient air conditioning system. Other expected features include 4 airbags, parking sensors, fog lamp, traction control, ABS, EBD, ESP, 3 rear seat belts, etc 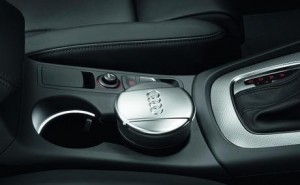 Audi Q3 2.0 TDI would be the only variant available in India from the Q3 lineup. This model will come with a sturdy and responsive 2.0 litre TDI diesel engine, which will churn out 174 BHP of maximum power at 4200 rpm with 38.74kgm of peak torque at 1750-2500 rpm. The engine will be supported by a seven speed automatic S-Tronic DSG gearbox that would help the car drive smooth and swift. The power will drive all the 4 wheels and as per the credentials of Audi should give a pretty decent mileage as well.

Expect a power packed performance in a small package in the shape of this car. It is sure to be a hit as soon as it hits the market and is capable of giving the BMW X1 a run for its money. 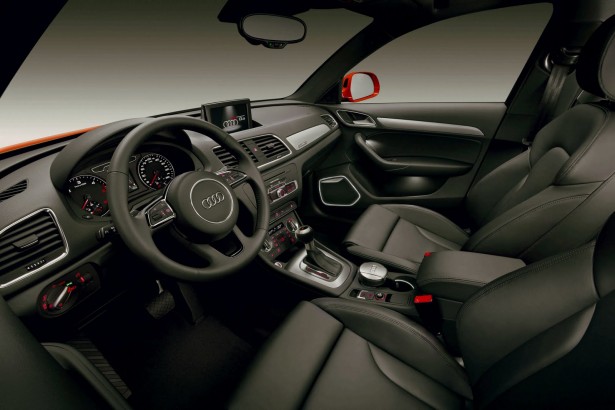 Mercedes Benz, the leading German car manufacturer and once, the number 1 luxury car brand in India, before losing the top two slots to BMW and Audi, may hold the launch event of its premium...

As the name suggests, Renault Duster is a characteristic SUV with robust 4x4 features. The front gives the vehicle a rugged appearance coupled with the robust looking wheel arches. The front grille is chromed....