Mercedes Benz, the leading German car manufacturer and once, the number 1 luxury car brand in India, before losing the top two slots to BMW and Audi, may hold the launch event of its premium Sports Utility Vehicle (SUV), the ML350 CDI in New Delhi on May 15, 2012.

The ML350 CDI was showcased for the first time in India in January 2012 during the New Delhi Auto Expo, held at Pragati Maidan. It was later spotted in Pune, in March 2012 doing test rounds. The vehicle was expected in the Indian market in April 2012 but it is said to have been delayed by over a month due to the rise in taxes which were announced in the Union Budget of 2012.

This latest edition of the premium SUV from the Mercedes stable will be priced higher than its predecessor owing to the rise in excise duties announced in the Budget. It will now bear a price tag of approximately

65 to 70 lacs (Ex-showroom). The ML350 CDI will be powered by Mercedes Benz, BlueTEC 3.0 L V6 engine which can generate 258 bhp of maximum power (34 bhp more than the outgoing model) and 620 Nm of peak torque. This raw power will be supplemented with a 7G-Tronic 7 speed automatic gearbox, permanent All Wheel Drive (AWD) system, start/stop function and optional 6 stage on/off road package. The vehicle will be able to accelerate from zero to 100 kmph in just 7.4 seconds and will be capable of attaining the top speed of 224 kmph. A smaller 2.2 L diesel version of the model may be introduced in the country later.

Changes from its predecessor

The face-lifted version of the ML350 CDI will be just a wee bit larger than its outgoing version, with an increase of 23 mm in length, 15 mm in width and 20 mm in height. The exteriors have been modified to get more noticeable wheel arches and similar details to enhance its looks. The interiors will have a beige tone, a changed and improved instrument panel and a top of the class entertainment system. Other noteworthy changes include an altered (double wishbone) suspension,  a modified chassis, which contribute to the better driver experience, vertical rectangular air conditioning vents and a 14.7 cm display panel for Command System. The car will be able to seat 5 adults comfortably but no third row seating.

The vehicle will initially be brought to India as a Completely Built Unit (CBU), but local assembly should begin by the end of 2012 at the company’s Chakan, Maharashtra unit. The C-Class, E-Class and S-Class models are also produced at the same plant. Competing against the likes of the BMW X3 and the Audi Q5, the price of the vehicle is expected to go down once local production starts in India. 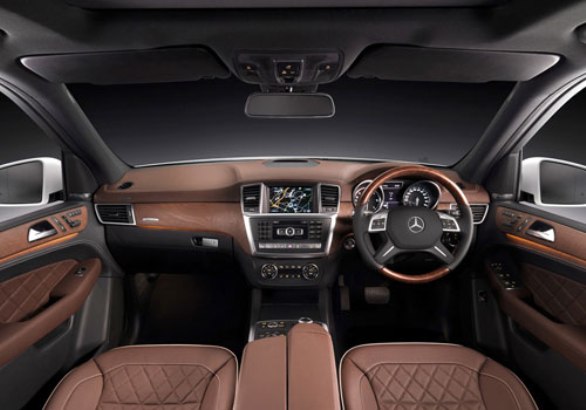 Audi has become a very well known name in India within a short span of time. The brand is fully owned by the German "Volkswagen Group". Audi has been promoting its high end, luxurious...

As the name suggests, Renault Duster is a characteristic SUV with robust 4x4 features. The front gives the vehicle a rugged appearance coupled with the robust looking wheel arches. The front grille is chromed....