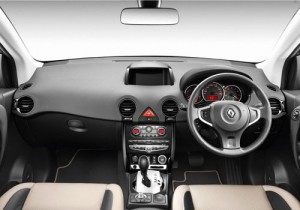 As the name suggests, Renault Duster is a characteristic SUV with robust 4×4 features. The front gives the vehicle a rugged appearance coupled with the robust looking wheel arches. The front grille is chromed. The side view also enhances the SUV appearance of Renault Duster Apart from giving it a high ground clearance. Renault Duster is among the the world’s cheapest SUV’s. It manufactured in the Dacia factory. Dacia is a Romanian car company that is fully owned by Renault.
Though the car is sort of compact, the car can take on any terrain contrary to the poular belief that SUV’s are meant to be bulky only. It is built on a Nissan B0 platform with an overall length of 4.31 meters and width of 1.82 meters. The ground clearance is 210 mm which makes it fit for off-Roading in true 4X4 SUV style as well as city driving owing to its compact size and design.

The Renault Duster was first launched in 2010 after being aggresively tested in most of the terrains round the globe. Along with the Duster four new vehicles will be launched by Renault between now and end of December 2012 and the five vehicles together will form an impressive and youthful line up with regard to the Indian market. 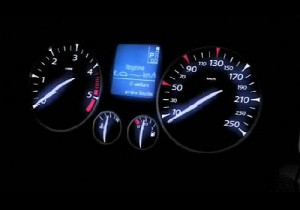 Set to be available in both 4X4 and 4X2 models, the suspension system and underside has been strengthened to handle extreme on and off road conditions. The SUV is quite agile owing to its light weight and compact design. The four-wheel drive system of the Duster is derived from Nissan and gives the driver a choice to adapt the transmission as per power needs and road, conditions. The transmission control may be set to Auto mode, Lock mode or 4×2 mode. The Auto mode that is active when Duster starts and the car automatically decides what amount of power is need by the front/rear wheels based on the available grip. When it is set to ‘Lock’ mode, the car enters the 4×4 mode and around half of the torque is supplied to the rear wheels. In the 4×2 mode, the Duster acts as a 4×2 car and is the most fuel efficient in this mode. 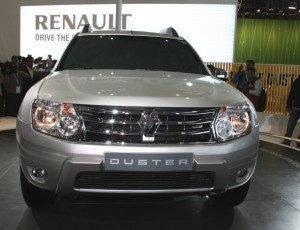 As per the available information, the Renault Duster will be available in both petrol and diesel options. The petrol driven Renault will sport a 1598cc I4 DOHC engine that produces 105bhp at 5750 rpm and a maximum torque of 145 Nm at 3750 rpm. The Renault Duster petrol is expected to accelerate to 100kmph in just 11.5 seconds with a top speed of 164 kmph.

The Diesel powered Renault Duster is expected to be powered by 1500cc Turbocharged Diesel I4 SOHC engine that is able to deliver two different power figures: 110 bhp and 85 bhp power and a torque of 250 Nm and 275 Nm respectively to the wheels. The one delivering higher power (110 bhp) is the Step 4 version of the K9K engine. The Renault Duster diesel is expected to accelerate to 100 kmph in 11.8 seconds with a similar top speed as that of its petrol sibling. The Indian version of the Renault Duster only the 5 speed manual transmission is expected to be launched unlike its European version which has two transmission options- five-speed manual and another six-speed manual. 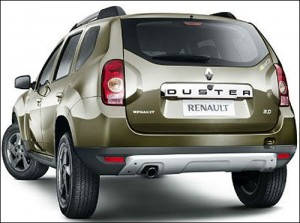 Among the safety features Renault Duster is expected to feature Anti-lock Brake System, Emergency Brake Assist besides Electronic Brakeforce Distribution and a stability control module. It will also come with two front airbags and three-point seatbelt tensioners depending on the version. 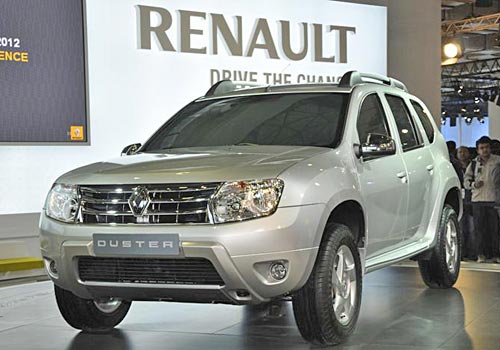 Mercedes Benz, the leading German car manufacturer and once, the number 1 luxury car brand in India, before losing the top two slots to BMW and Audi, may hold the launch event of its premium...

Audi has become a very well known name in India within a short span of time. The brand is fully owned by the German "Volkswagen Group". Audi has been promoting its high end, luxurious...