The famous auction house, “Sotheby’s” sold two rare pieces of Apple history on 15th June 2012. First, a functioning 1976 version of the company’s first motherboard and Second, an unrelated note written by Apple co-founder Steve Jobs from his time at Atari.

It was estimated to sell anywhere between $120,000 to $180,000 but the Apple I motherboard fetched a whooping $374,500 (more than double the High Side sale price of Sotheby’s). Steve Jobs handwritten note (written during his stint with Atari) meanwhile, fetched $27,500. Again beating its estimated selling price of $12,000 by more than double.

The winning bid was place by an anonymous caller on the phone who took the honors after a heated battle with an absentee party represented by the auctioneer.

Only 200 copies of the Apple I, originally called the Apple Computer 1, were made and Sotheby’s believes that Friday’s lot is one of six known working models of the approximately 50 that survived. Built by co-founder Steve Wozniak, the Apple I was sold to company friends and through vendors for $666.66 in 1979 without keyboard, monitor or power supply. The lack of a case prompted a multitude of homemade enclosures crafted from wood and other interesting materials. 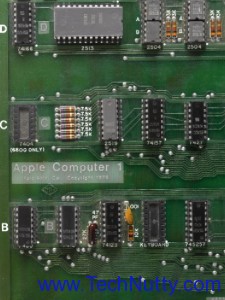 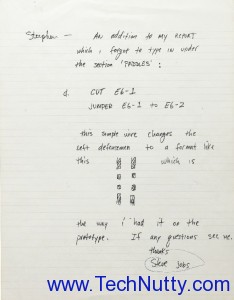 The following text is an excerpt from the auction catalog at Sotheby’s and makes an interesting read:

“The Apple Computer. A truly complete microcomputer system on a single PC board.” When Steve Wozniak and Steve Jobs presented the Apple I Computer to the Homebrew Computer Club in 1976, it was dismissed by everyone but Paul Terrell, the owner of a chain of stores called Byte Shop. Terrell ordered 50 computers for $500 apiece, insisting that the circuit boards come fully assembled rather than as DIY kits similar to the Altair, and Jobs and Woz managed to produce the requisite computers in 30 days. They continued production, immediately creating 50 additional Apple I’s to sell to friends and an additional 100 to sell through vendors, at a retail price of $666.66, a number that garnered complaints among conservative Christians, but provided a lucrative 33% markup.

As the first ready-made personal computer, the Apple I signaled a new age in which computing became accessible to the masses. The interface of circuitry and software that Woz created enabled users to type letters with “a humantypable keyboard instead of a stupid, cryptic front panel with a bunch of lights and switches,” as he explained to the Homebrew Computer Club

Man has constantly been in the endeavor to evolve technology to higher and higher levels, but man himself has posed the biggest challenge. To get through the complex system present in a human being's body...